Paul talks drums, his career, and BFD's role in his latest release

"Anybody can get 'fooled' by BFD; it’s a great tool and instrument"

How did your latest release come together and what was the inspiration behind it?

PP: First, how it came together... I’ve always wanted to pair Will Lee on bass with Michael Landau on guitar. Turns out Will is on his annual extended stay in LA and Michael is not yet out with James Taylor – the planets had aligned! Then Oz Noy was gonna be in town for NAMM and I added a second session.

Now the inspiration... The past year was very difficult; first, I lost my father to Leukemia following 8 years of MDS. 8 months later my best friend, who suffered from kidney disease, died suddenly of a heart attack. Then a life coach who understood me, and had provided a blueprint that I used to keep my head above water at the most challenging time of my life, passed away suddenly of pneumonia. So three deaths from people as close to me as you can get within a year… Talk about being challenged by the universe. And my father’s career… damn. Conductor of the Kansas City Philharmonic, Leonard Bernstein prodigy, Duke Ellington collaborator, the list goes on. When you lose a father and see the arc of his life, you naturally think about what your contribution is. So, first off, I began to write. Then I wanted to speak; to share this music with a wider audience. And it was here that the idea to put out my first album in 9 years crystallized.

Then the greatest gift and inspiration... From a loss came an amazing gain: a baby girl! Now I’m smiling big.

How did you use BFD when writing your most recent record?

PP: I always use BFD to compose a drum groove very early on in any tune. It’s so deep that there’s nothing I can’t construct and, of course, there’s the realism aspect that helps make the demo so compelling.

How has your experience been integrating FXpansion software within the studio or live show?

PP: New songs are often still in pre-production while I’m playing them in front of live audiences. BFD allows me to email songs across to the other cats to shed before running live. This process is critical with studio work as it lets the cats hear my part sounding close to how I'll finally be playing it.

Being a drummer, it’s the drum side of FXpansion that I delve into most. That said, I’m digging Geist and looking forward to starting song production there and expanding outwards (bass, synth, leads, etc).

What are your favourite bits of kit in your studio and why?

PP: I have a great array of Shure, Sennheiser, and Audio Technica mikes on my kit and send these through a Mackie mixer terminating in my Alclair in-ears, which are great. It’s mostly a practice/ rehearsal setup so what I want and what I get is unadulterated and pure.

I’m now an A-Level endorser of Istanbul Mehmet cymbals – their rides are incomparably good and so diverse – and I'm digging the 61st Anniversary Series 20" ride with sizzles, which is all over my upcoming album and is so dry.

I also have a set of Yamaha Recording Custom drums, two vintage round badge Gretsch kits, and a Leady/Ludwig kit with a classic Buddy Rich WFL white marine pearl snare – all of which have unique sounds for certain applications.

How did you first get involved in the music industry as a drummer?

PP: I was at a friend’s house when I was 12 and he had a drum set. I sat down, picked up his sticks, and found that I could actually play! I came up with a groove and sat there transfixed for a couple of hours. He later offered to sell me his set – Ludwig with an oyster pearl finish. My father said no; it took another 5 years of intense lobbying before I finally got a kit. After moving to NYC, I started hanging out at all the music venues and talking to artists after shows. I compiled a list of great young players, my younger sister moved to town, and we started a band. Mikel’s was the place for great jazz at the time and, since they knew me, we were able to land several gigs there. The “networking” thing really got my career going.

Do you have any particular moments that stand out when you look back over your career?

PP: A big moment was playing with Chaka Khan for the first time in front of 20,000 fans in Jamaica. At the end of her set she turned to me, smiled, and blew me a kiss... I wear that badge now :). Playing with the B-52s was surreal; I used to dance to ‘Love Shack’ in clubs and now I was driving the song! Playing ‘Whole Lotta Love’ with Moby was also great – shredding Bonham’s drum part was awesome.

Can you give some tips on the key to a killer drum groove?

PP: The more advanced I become as a player, the more I see attitude and sincerity as the key ingredients for a killer drum groove. Own it. Create it. Insert your essence into the music and say, “Hey, this is me, this is what I have to say, and nobody else can speak my music like me.”

On a technical level, I think the first thing to know is what a drum groove is generally for: keeping time and creating a framework around which the other musicians can be creative and have enough freedom. Essential to this is having a repeated point of reference to rely on and identifying the basics of the beat; strip it down to its essence. Then the little things like ghost notes and cymbal crashes – let’s call this the “icing” – all come into play to make the groove really shine... And you can’t forget dynamics! The greater the distinction between the essential accents and the icing, the more musical the groove will sound.

As an experienced and professional drummer how do you find BFD compares to the ‘real’ thing?

PP: It is the real thing, in that it samples real drums being hit in acoustically ideal settings – much like on many of our favorite recordings. The ability to fine tune things like ambience and decay helps you really tweak tracks until they’re exactly the way you envisioned them. Anybody can get “fooled” by BFD; it’s a great tool and instrument.

Has BFD had an impact on the way you make music and if so in what way?

PP: A funny (and perhaps reality-checking) outcome of BFD is that now I can construct grooves exactly as I envision them I actually need to be able to play them! So that’s another great thing – the learning curve that a great program like BFD instills... And I firmly believe that if I can envision it sonically in my mind then I have to be able to play it too.

What musical ambitions have you yet to achieve?

PP: I want to be as good as I can be; not comparing myself to others, but rather gaining satisfaction from my own personal musical accomplishments. I want more moments where time stands still and I’m not thinking about anything; ego has disappeared and I’m one with the music. I want to keep learning and never ever feel that “I’ve made it”. I want to learn more (a lot more) about harmony, piano playing, arranging. I want to be able to look back upon my music career with pride and satisfaction that my musical journey, in it’s own special way, helped bring joy to others and had a positive impact on the world.

Thanks very much Paul for your time, tips and insights! 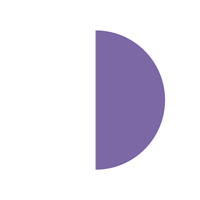