FX: How did you first get involved in the music industry as a drummer?

W: Like many pro drummers, I started playing as a kid, paid my dues doing all sorts of gigs in my teens, and eventually, via word of mouth, I got my first touring gig with a major label artist.

FX: What have been the main turning points in your career so far?

W: The first major turning point was when I started playing with Hiram Bullock. Going on the road with Hiram raised my profile significantly, and gave me the incentive to drop out of school (Berklee), and move to NYC. My career grew exponentially after moving to NYC.

The next major turning point was years later, after having toured and recorded with lots of artists, when I made the decision to quit touring and just do session work and production. I basically took a leap of faith, and it paid off: my discography eventually snowballed, and I made a name for myself as more than just a drummer...through programming , producing, remixing, etc.

FX: You are known for your command of both acoustic drums and electronic drums, how do you usually develop your beats and do you use any unusual techniques?

W: When developing beats, it all comes down to getting the right sounds and the right feel for the song. I treat each song differently. What may work for one, may not work for another. Sometimes, it's very standard stuff…and sometimes, it's very unusual. There are no rules. I'll try anything, including literally playing the kitchen sink, if it makes musical sense for the song.

What's become standard for many pop songs, is a programmed verse and pre-chorus, and then live drums coming in on the chorus. An exception to that rule would be something like Katy Perry's "I Kissed A Girl", where I played live drums in the verse, and in the chorus, it's just Dr Luke's programmed drums. That may not work for most pop songs, but it's what worked best for that particular song.

As far as how I actually develop my beats…

Between the different ways I program and edit sounds, and create electronic rhythmic effects…and the different live drum and percussive sounds I come up with, and different approaches to playing, recording, and mixing live drum parts…that would be an incredibly long answer…definitely too long for this context :)

FX: What are the essential pieces of equipment in your studio?

W: I use my studio for everything but live drum recording. I use bigger, "proper" studios for tracking live drums.

As far as the essential gear in my studio, I've been able to scale down my studio setup dramatically… and now I've boiled it down to just the essentials. It's a very minimal setup, and it's centered around an Akai Pro MPC Studio, an M-Audio keyboard controller, Mackie monitors, a Universal Audio Chanel strip, an Avid audio interface, a few choice mics, and a fully loaded Mac Pro, running Pro Tools and lots of other software…it's really all about the software. One of my essential plugins is BFD2. BFD2 isn't the only live drum plugin I use, but it's the most nuanced, so when I need things to really sound live, it's always BFD2.

Oh…one more thing: A Herman Miller Aeron Chair. Absolutely essential. It might sound odd to list a chair as an essential piece of studio equipment, but when you spend hours at a time working in front of a computer and midi controllers, having a comfortable, ergonomically sound work environment is something which will save you lots of trips to the chiropractor... 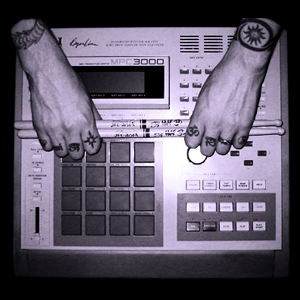 FX: What FXpansion products do you own and how do you use them?

W: BFD2 has become one of my go-to plugins, when I'm programming "fake-live drums" (programmed drums which are supposed to sound like a live drum performance, as opposed to something like an electronic sounding dance beat) The BFD2 sounds are great, well layered, and it has a lot of "extras" (buzz strokes, etc), which make all the difference, when I want to replicate all the nuances of an actual live drum performance. It's very user-friendly, and it enables me to have a very smooth workflow. I'll usually use BFD2 for preproduction, and program fake-live drums with it…and then, after all the other parts on the song have been recorded, I'll either replace the BFD2 tracks with actual live drums…or I'll leave the BFD2 tracks…either because there's no time (or budget) to replace them with live drums…or because the BFD2 tracks sound and feel so good in the track, that there's no need to replace them with "real" live drums.

I also own some other FXpansion products, including Geist, the DCAM synths, and a number of effects…and it's all forward thinking, quality, user friendly stuff. I'd be lying if I said I used any of them as much as BFD2, but I like all of it…and I'm looking forward to getting more familiar with them.

W: I'll share one which is very applicable to BFD2.

On the other hand, when I'm programming a "fake-live" drum part, I do think in terms of what a drummer would play, and I'll try and make it as realistic sounding as possible. My skill and vocabulary as a drummer help a lot with that. One thing that drummers usually do is to add embellishments to grooves, which make them breathe more. One of the main embellishments we use are "ghost notes".

For non drummers, or anyone not familiar with that term, ghost notes are those little notes in between the backbeats. Ghost notes are usually played on the snare (but they can be played on any part of the kit). They can be subtle to the point of being felt but not heard, or they can be bold, and can be almost as heavy the backbeat. They can be sparse, leaving a lot of space in the groove, or they can be busy, filling up the groove completely…for example: the drum break on James Brown's "Funky Drummer", played by Clyde Stubblefield. That's a classic example of busy ghost notes, played by a master. In that iconic drum break, the ghost notes are an integral part of the groove.

When I'm programming fake-live drums, I often program ghost notes, and I use them the same way I'd use them for actual live drum parts.

Here's an example of what I'm talking about: When I first got BFD2, I wanted to "take it for a spin" so to speak, so I opened it up in a Pro Tools session, I loaded one of the kits, modified the kit slightly, and started programming.

This is the first groove and fill I programmed.

Having a buzz/drag stroke included with BFD2 is one of the things I really love about it, and you can hear how putting some buzz strokes in with the other (single stroke) ghost notes on the snare really livens the groove up. Also…for the fill, I was able to give it that Motown-esque rolling fill vibe, using the buzz stroke again.

FX: Can you give us some tips on the key to a killer drum groove?

The better your ears, feel, time, chops, taste, and musical vocabulary, the more you'll be able to do in terms of supporting the song…so it's good to develop those things. That being said, even if you're a beginner, and are still getting all that together, you can still use your ears, and you can still do your best to support the song, with whatever skill you have.

If you're not playing to a song…and you're just grooving on your own, then the key is…let it flow and make it feel good. If your groove makes people move, then it feels good.

FX: You’ve worked with so many great artists, who has been the most influential on you and in what way?

W: So many of the artists, producers, engineers, and other musicians I've worked with have influenced me in different ways…I couldn't say one in particular has been the most influential. I've learned something from pretty much everyone I've ever worked with; some more than others…but I'm always learning…and I try and always stay open to learning new things.

FX: Are there any artists out there that you would love to work with that you haven’t already?

W: D'Angelo, Gary Clark Jr, Bowie, Maceo, Kenny Garrett, Adele, Herbie Hancock, Erykah Badu, Paul McCartney, and Biz Markie, (pretty random list, I know). Probably a few others, but no one else is coming to mind at the moment. 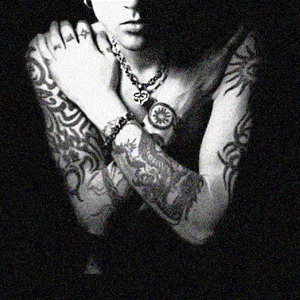 I couldn't tell you too many specifics though, as I rarely know what types of projects I'll get called for ahead of time. Occasionally, I'll get booked for something a month or two in advance, but that's the exception to the rule.More often that not, it's relatively last minute…and I never know what's next. I like it that way…keeps things interesting, and full of nice surprises. 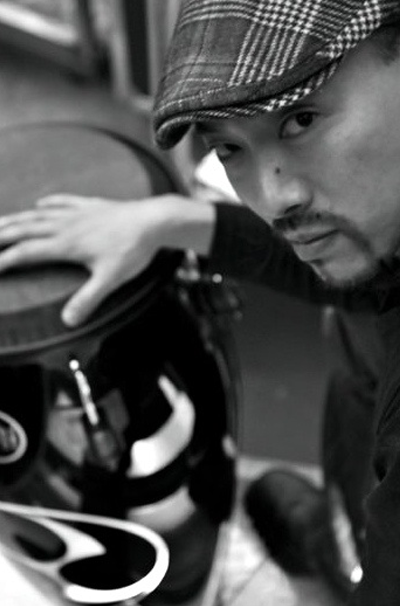 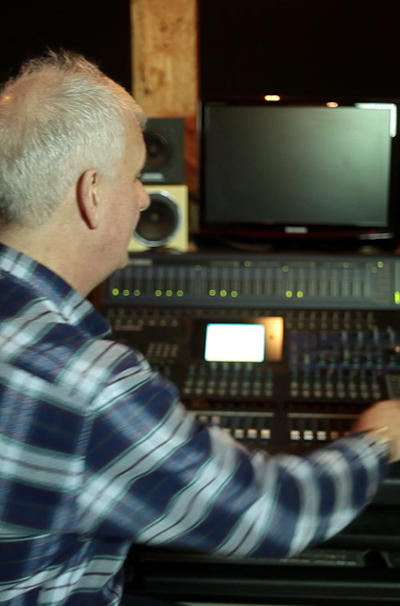